The Project Space is a viewing room where The Blue Lotus Foundation hosts some of our favourite artists. For the month of November, Paris based artist Carlos David shares his work.
CARLOS DAVID

My painting is primarily figurative. When I decided to paint, a lot of my father's artist friends were Geometric Abstractionists, and they referred to any other art as mediocre. Not answering to the demands of this new world, which was all very Soviet, I rebelled, figurative it was for me— anti-political and iconoclastic in subject matter.

Since then I've thought about how technology has controlled the attention of people, I used to think that painters had to compete with advertisers on TV for the attention of viewers and that people were becoming used to looking at things for mere seconds. Those ideas are the beginnings of the collages: at the beginning they were figurative then they became slightly post war, always trying to add a metro ticket but never quite succeeding and eventually abstract-soul. I also began a series of wood pieces, wanting to invoke the Cubist assemblages with guitar, a little humour is always healthy. As far as the figurative work goes, I try and finish a digital image a week, but the last two years were difficult as all the media talked about was the pandemic which made things a little uninspiring.

I few years ago while I was caring for my father with Alzheimer's, I would go to the supermarket at around six in the evening, pick up bits of paper on the way there and back. With that material and stuff I found in my father's library I made a series of collages which I called Conversations With Alzheimer's. So the collages were interpretations of the conversations I had with him, and every now and again when I find a board the size that I used for those works I will make another one. In the winter I don't paint - it's too cold at the studio, so I make digital images at home. I work on the table in the corner and all the stuff is on the floor, all of the different types of collages and the work on wood, so I repeatedly turn around and look, change, stick down, rip out, nail or screw something down. It all happens simultaneously until I've completed about five or six of them. Last week I bought a pot of primer, I felt embarrassed that all this time had gone by and I had not painted, so I've been going to the studio making some marks and soiled the canvas some, you know as you do before you start painting and that great fear inside you because you worry you've forgotten how to do it. 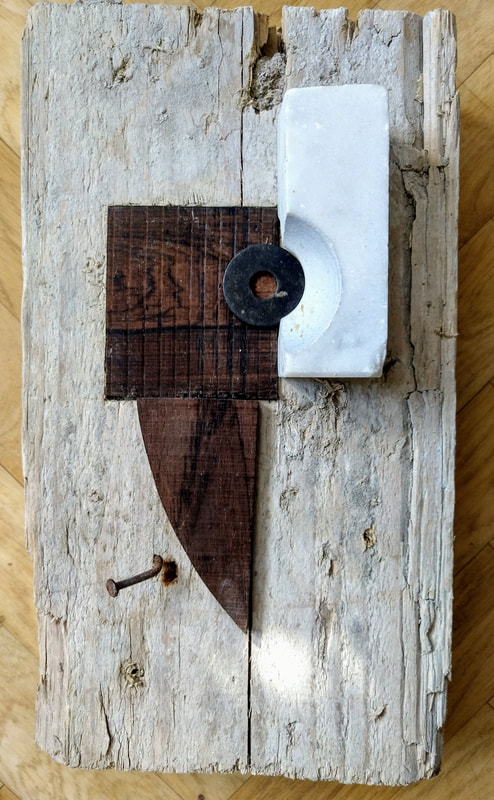 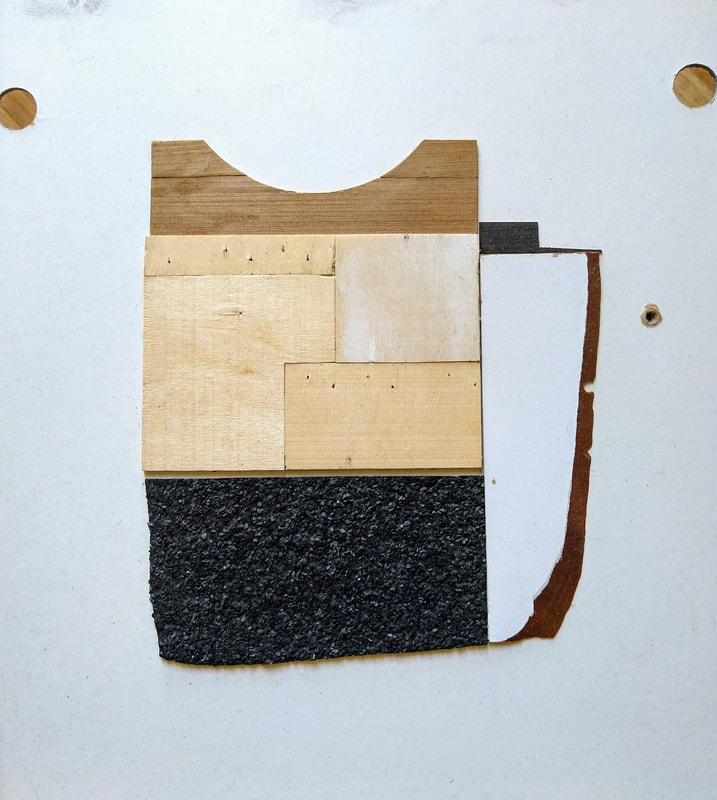 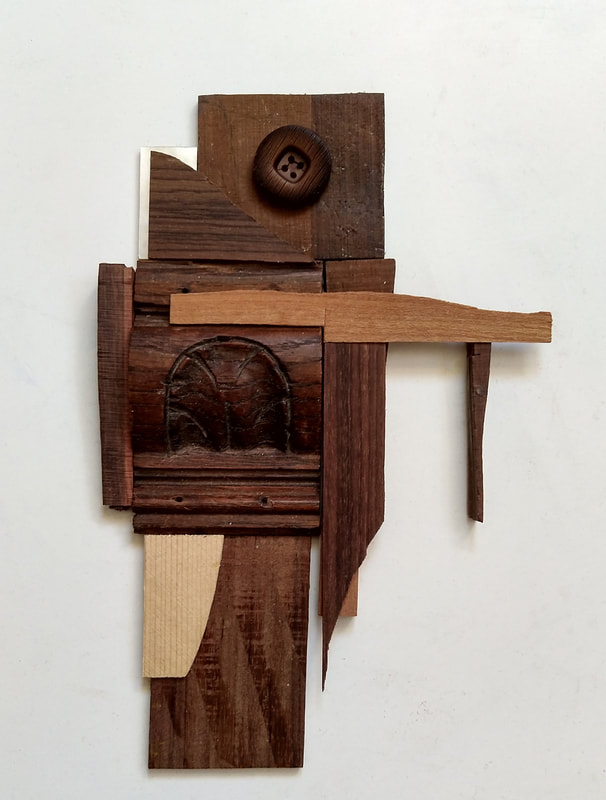 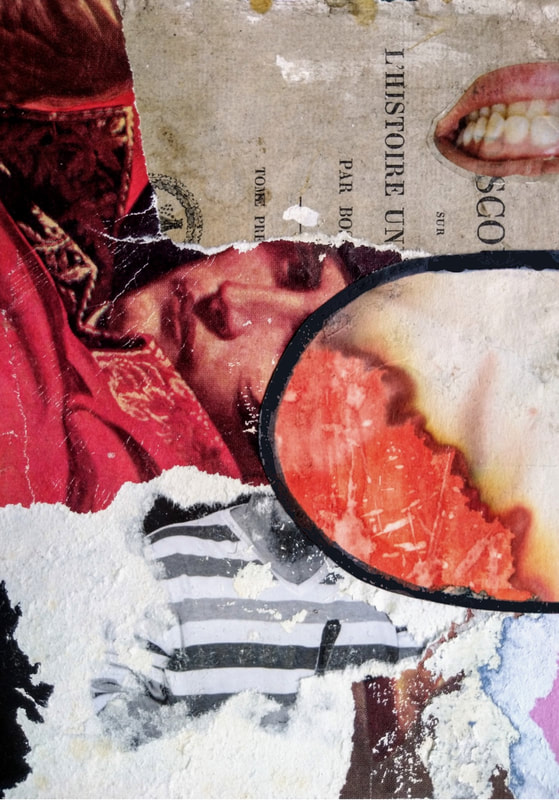 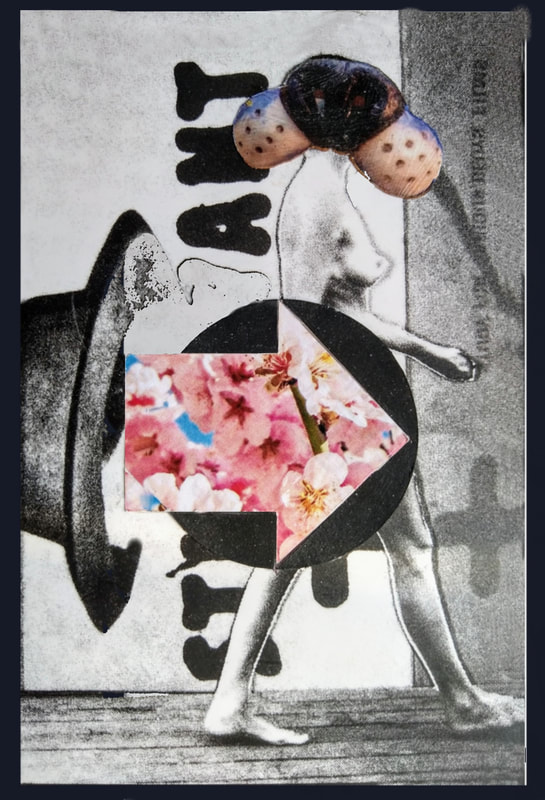 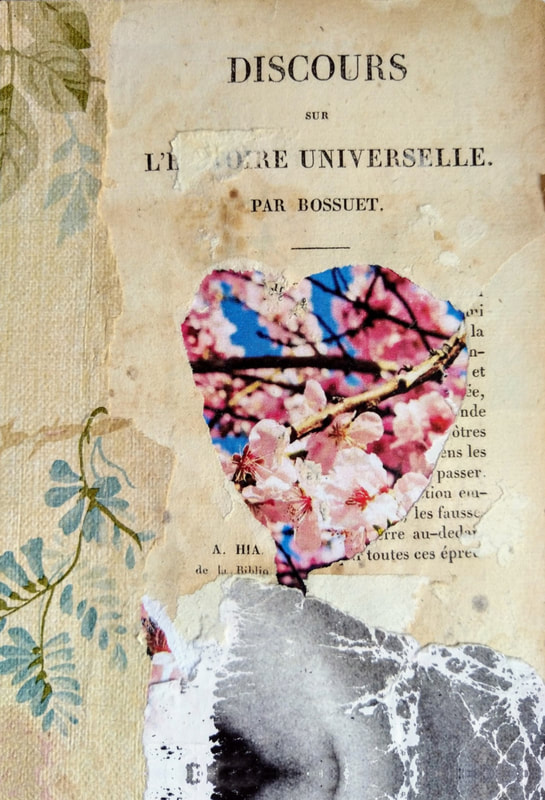 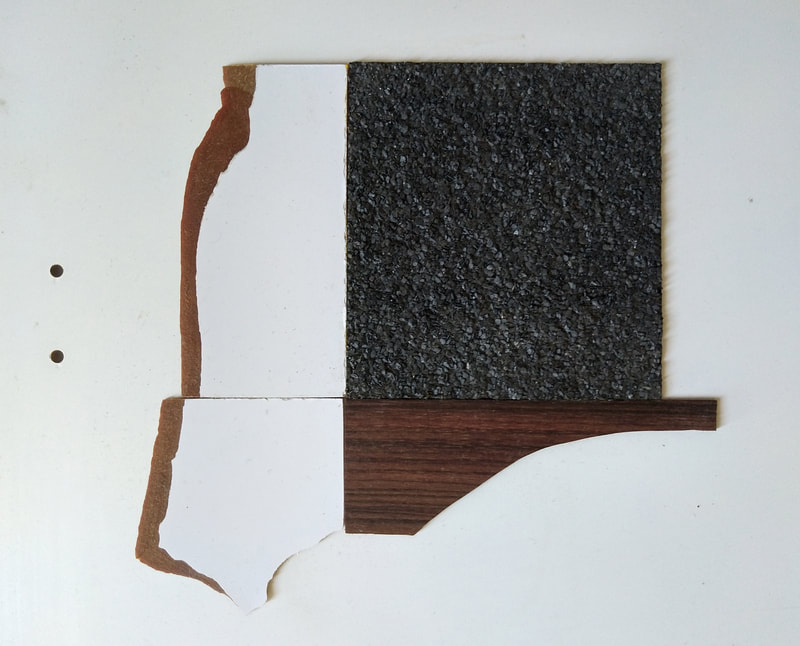 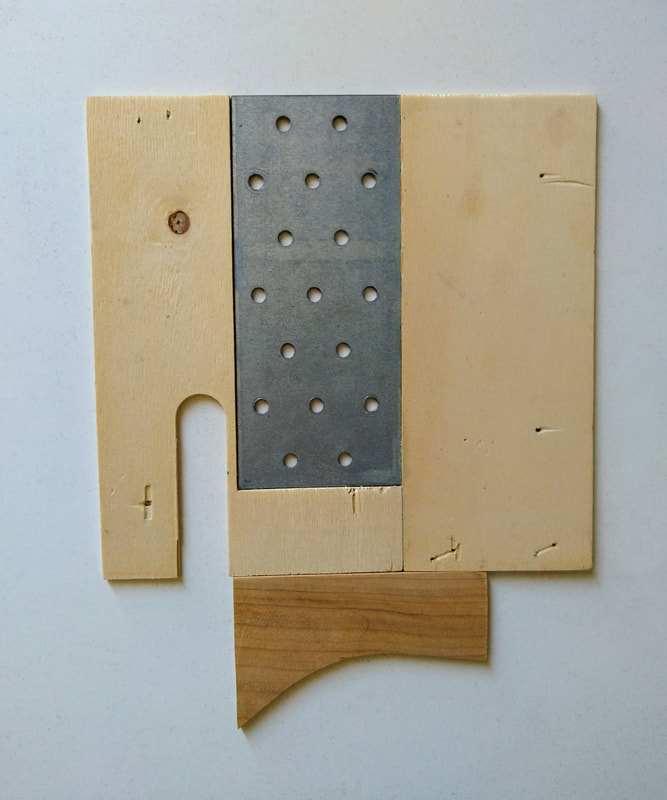 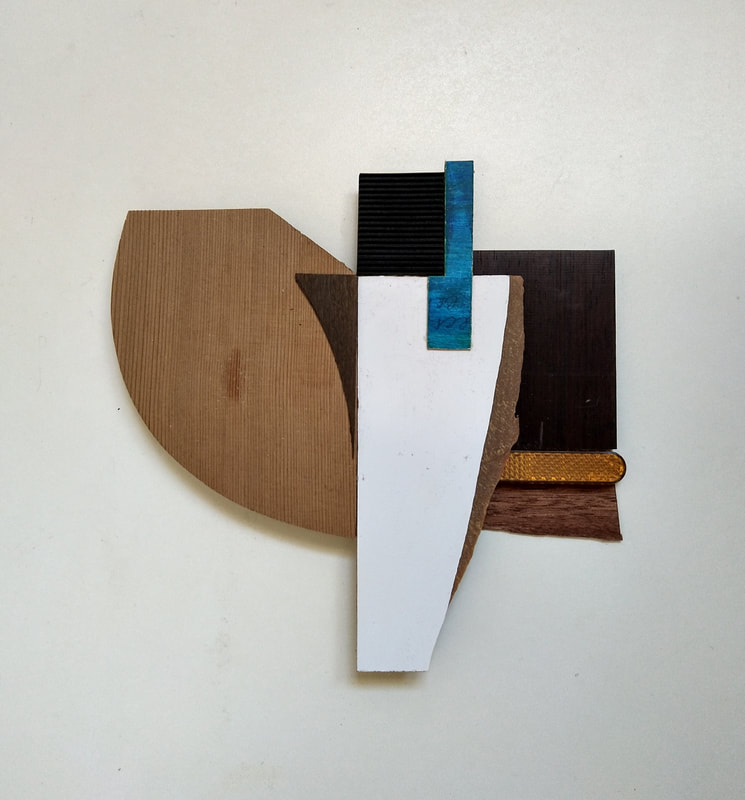 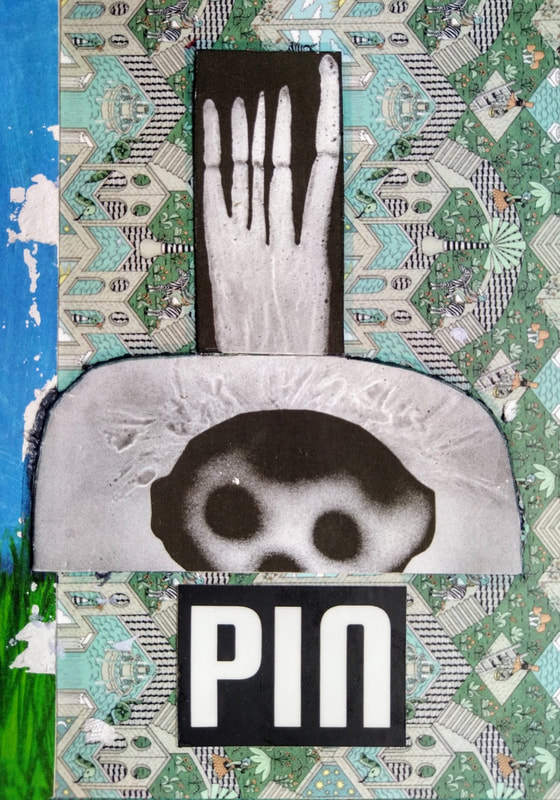 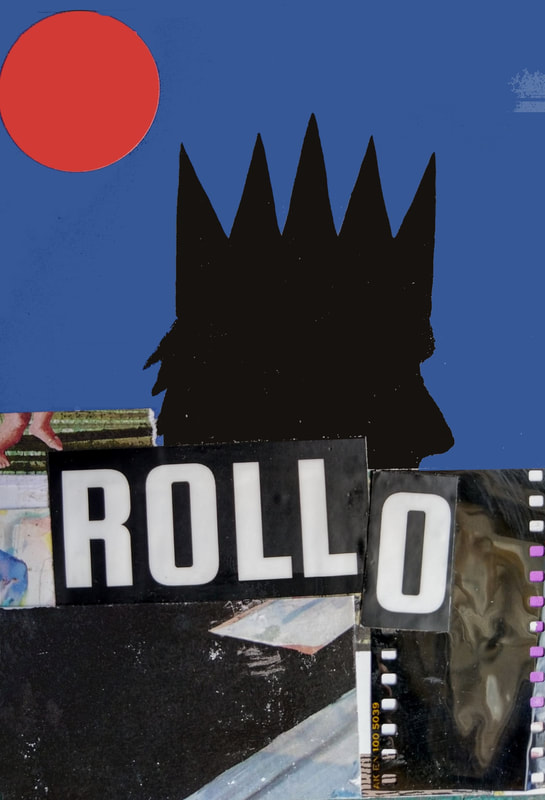 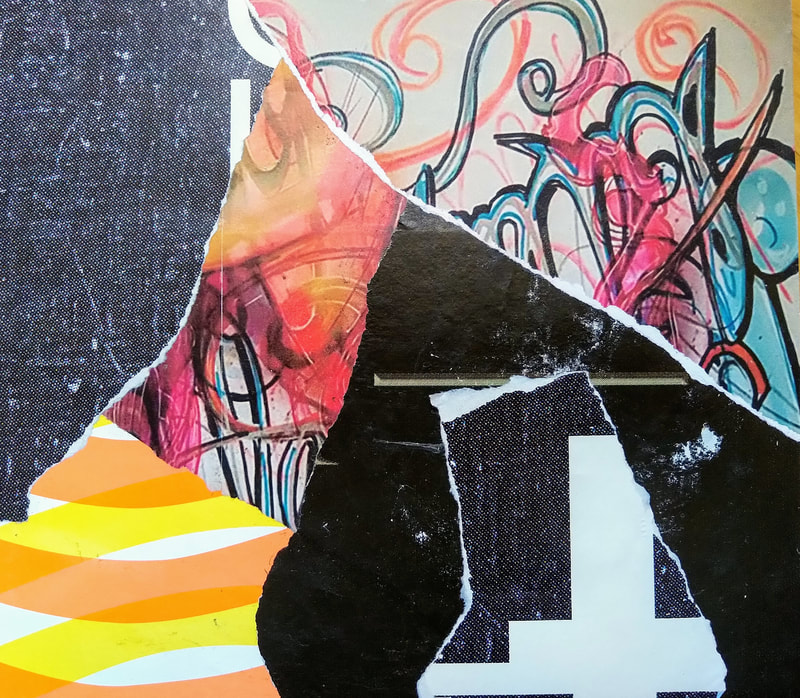 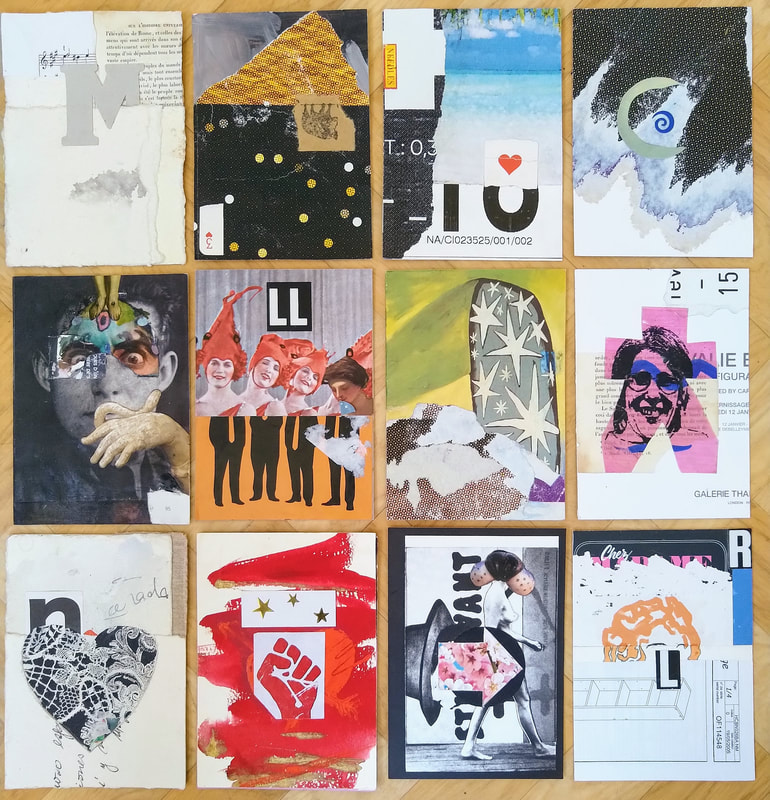 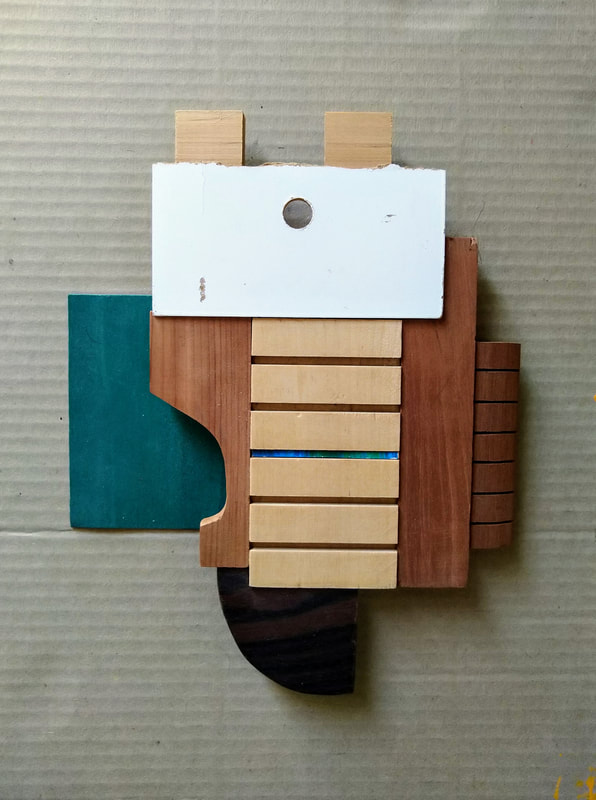 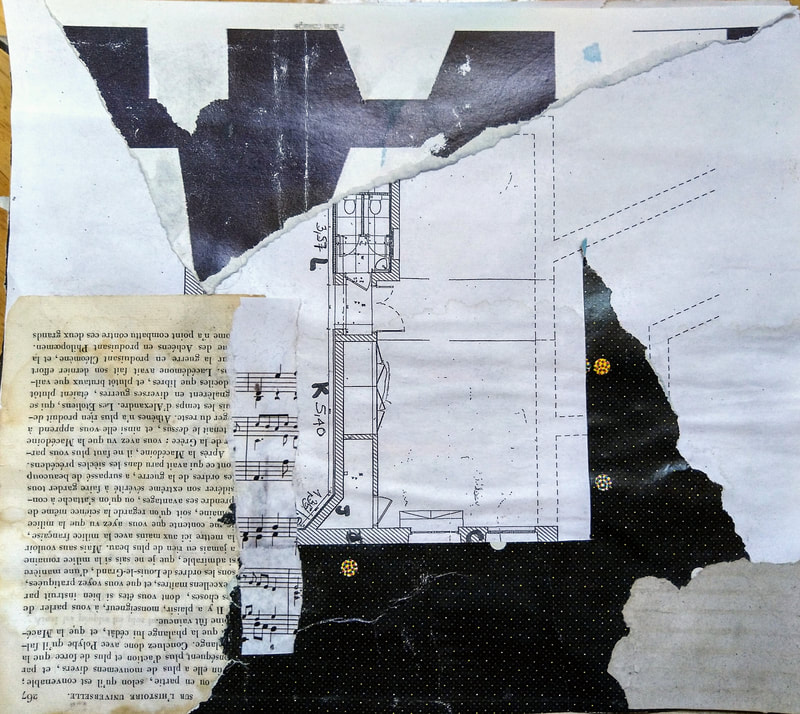